The cost of leaving appliances on standby

Standby power is also referred to as ‘vampire power’ or ‘phantom load’. It refers to electricity that is consumed by appliances left on standby mode and essentially means you are paying for electricity that you’re not even using.

Standby power accounts for around 10% of energy consumed in Australian homes, costs consumers over 950M per annum and generates more than 6.5M tones of carbon dioxide emissions in 2005. According to the following table, (depending on electricity rate you pay and number of appliances left on standby), standby power could cost you well over $100 per year.

The cost of standby power

‘With living rooms now awash with technology and entertainment gadgets, many of which routinely use power even if on standby mode, we recommend taking a closer look at each device to see how its energy use can be reduced….’

The THOR B12R – Green Board is designed to save power to devices that are in standby but still consuming power. The unique remote switch (Bank 2) allows 4 outlets on the remote bank to be completely turned off. The other 4 outlets (Bank 1) remain on for devices such as pay TV decoders or any recording device that needs to be on permanently so as to perform time related tasks like recording. This allows the user to get the best of both worlds while saving on energy consumption and therefore saving money too.

As an added bonus the remote button has a clever USB charging circuit built into the switch. The circuit will allow a single power hungry iPhone to charge or two other devices like an MP3 player or camera.

The two LED lights on the button switch indicate there is power to the USB charger and also alerts the user if the remote bank is turned on or off. The LED lights have been placed at the rear of the switch so as to offer a softer illumination when in a dark environment.

“Unique Remote Switch has been designed with one word in mind – simple!”

The remote switch has an extra long cable to connect into the side of the board ensuring there is ample lead for even the largest systems. The cable ensures there is power for the USB chargers as well as allowing the operator to easily switch the remote power saving bank “on” or “off” easily. No need to worry about replacing batteries or calibrating either. Our Research and Development team have come up with another Australian first – this board can connect to an automated home system by purchasing a separate lead! This setup enables the remote bank to be controlled via the automated home system and will remove the need to have this switch for these high tech homes 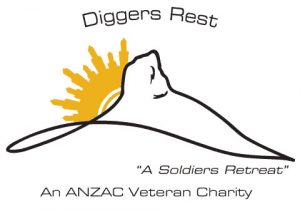 Design and brand by AF Creative